This weekend saw fireworks in the heavyweight worlds of both boxing and MMA. The biggest bangs were created by The Predator from Cameroon and  The Body ...

Alfe Ingve Berntsen remembers the first time he laid eyes on this scrawny kid with an appetite for goals. 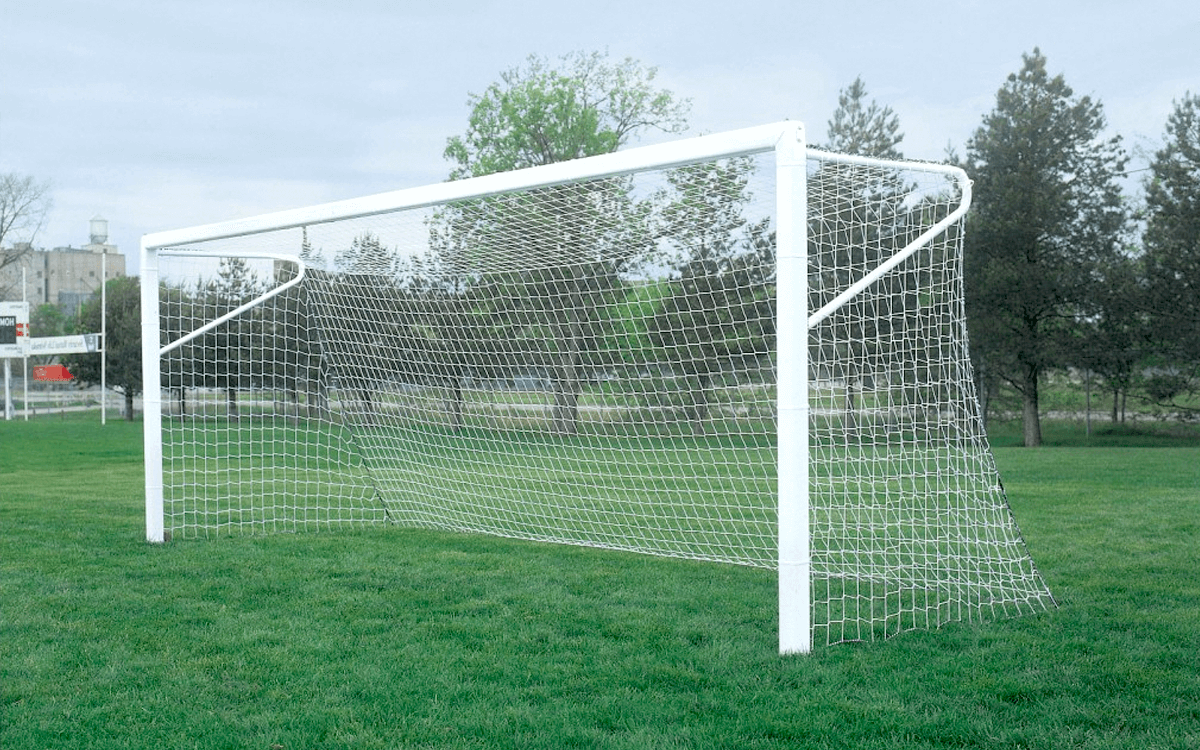 One of the key changes as London was placed under Tier 3 coronavirus restrictions at the end of the second national lockdown earlier this month was the ...

It’s just over a week since the German coach succeeded Lampard in the dugout, and already there are marked differences in how the Blues are playing, but Mount ...

In an era when footballers have the freedom to force moves between clubs and demand multi-million-pound salaries, it’s easy to forget that as recently as the ...

The enormity of Martina Navratilova’s career places her atop the list when tennis historians debate which player – male or female – is the best of all time. When one of her closest competitors Billie Jean King says that Navratilova is “the greatest singles, doubles, and mixed doubles player who ever lived,” it’s hard not to take those words at face value. It’s not that Navratilova doesn’t have competitors in King, Helen Wills, Margaret Court, Chris Evert, Steffi Graf, and Serena Williams, but statistically she’s off the charts.

Since 1968 when the Open Era began, no male or female player won more singles tournaments than Navratilova (167), doubles events (177), or matches (2,189). She felt the ping of defeat a meager 219 times (singles) in a career that began in 1975. She was still active in 2006 when she won the mixed doubles championship at the US Open a month away from her 50th birthday, becoming the oldest player in history to win a major title. Opponents who faced Navratilova in singles play stood a scant 13 percent chance of winning; the left-handed athlete par excellence won 87 percent of her matches. In doubles competition Navratilova was 747-143, an 84 percent winning clip.

Navratilova won 18 major singles titles, but only three of them came before her 25th birthday. Thirty-one major titles were captured in doubles and another ten in mixed doubles. Her 59 major championships ranks second all-time, behind Court’s 62. The left-handed playing Navratilova, whom Sports Illustrated named one of the “Top Forty Athletes of All-Time,” won a record nine Wimbledon Ladies Singles Championships and six in a row (1982-87), surpassing Suzanne Lenglen’s record of five straight (1919-23). Facing Navratilova on grass was a dicey proposition – she was 120-14 at Wimbledon, won 305 total matches and 47 consecutive WTA encounters from 1985-87. Those who thought indoor conditions might be more favorable would be sadly mistaken. From 1986 to 1987 she won 48 consecutive times on carpet and tallied 516 wins in her career. Navratilova won a record eight WTA Tour Championships (1978-86) and appeared in a record 25 WTA Tour Championship finals (1975-92). She was 8-6 in singles and a perfect 11-0 in doubles at the year-end championships.

Navratilova appeared in 24 major singles finals and in cumulative major competition won 306 times. When she defeated Chris Evert at the 1983 US Open, 6-1, 6-3, Navratilova became only the seventh female player in history to earn a Career Grand Slam. There were still 26 years remaining in her illustrious career. In 1980 she teamed with American Betsy Nagelsen to win the Australian Open doubles title, earning a Career Grand Slam in that category, one of only nine female players in history to record this feat. But she wasn’t done just yet. At the 2003 Australian, she partnered with Leander Paes of India to win the mixed doubles crown, and she became one of only four female players in history to win a Career Grand Slam in mixed doubles.

The culmination of this massive amount of championships on tennis’s biggest worldwide stages earned her major championships in all three events, joining Court as the only male or female players in the Open Era to hold this distinction.

Navratilova bulldozed and mowed down opponents in historical proportions. In 1984 she won a record 74 straight matches in a row, a streak that began in February at the US Indoor Championships and didn’t end until December at the Australian Open when Helena Sukova rallied from a set down to defeat Navratilova, 1-6, 6-3, 7-5, in the semifinals. She won 13 consecutive WTA singles titles that year, highlighting a career in which she won at least one WTA singles title 21 consecutive times (1974-1994). Navratilova’s dominating play led her to win 58 consecutive matches (1986-87), 54 (1983-84), and 41 (1982).

No matter where Navratilova was playing, she throttled her competition. She captured the defunct Virginia Slims of Chicago a record 12 times and lost only one set in the process. At the Eastbourne International tournament held in the United Kingdom, Navratilova won 11 times, dropping only three sets.

Navratilova seemingly appeared on the professional tour out of thin air. Said Evert following a 7-6, 6-3 victory over Navratilova in an Akron, Ohio tournament, “It was a close match. Even though I had never heard of her and couldn’t pronounce or spell her name, I could tell she’d be trouble.” Truer words have never been spoken. In her career, Navratilova was ranked in the World Top 10 in singles 19 years (1976-1994), including five consecutive years at No.1 (1982-1986). She spent a massive total of 332 weeks at the No. 1 spot and was ranked No. 1 in doubles 237 weeks and 191 consecutive. Navratilova’s doubles partnership with Pam Shriver garnered 20 titles; her 31 total women’s doubles titles in 37 finals yet another milestone in a dizzying list of all-time records.

Navratilova was born Martina Subertova in Czechoslovakia and took the name of her stepfather (Navratil), adding the “ova” as the female distinction. She began playing tennis at age 4. In 1972 at age 15 she won the Czechoslovakian national tennis championship and year later was competing on the tour, though she didn’t turn professional until 1975. Navratilova defected to the United States in 1976, and became a U.S. citizen five years later. Navratilova won her first major title in doubles with Evert at the 1975 French Open. She advanced to the singles championship in Paris against Evert that year, falling 2-6, 6-2, 6-1, in what would become one of sport’s greatest rivalries. The duo would face each other a record 80 times (Navratilova holding a 43-37 edge) and 61 times in tournament finals (Evert holding a 36-25 edge). Evert defeated Navratilova in 21 of their first 25 matches, but Navratilova defeated Evert at Wimbledon in 1978 (her first major singles title, 2-6, 6-4, 7-5), 1979, 1982, 1984, and 1985; the Australian in 1981 and 1985; the French in 1984; and the US Open in 1983. Evert earned victories at the French in 1975, 1985, and 1986 and the Australian in 1982.

Navratilova, who made diet, fitness, and strength training a priority once she disbanded her “Americanization” period of fast food eating habits, dominated the 1980s with her relentless serve-and-volley game. Always athletic, Navratilova became the strongest women’s player on tour and from 1980 until 1987, flexed her muscles by winning 14 major singles titles in 20 championship match opportunities. Navratilova’s 1982 and 1983 tour seasons were especially prolific, going 90-3 and 86-1 respectively (only loss coming to Kathy Horvath in the fourth round of the French Open). The 1983 campaign was earned at a 98.9 winning clip, the best in history, and she won 15 of 18 tournaments in 1982 and 16 of 17 in 1983. That magical 1983 season saw the beginning of a 109-match doubles winning streak alongside Shriver. From 1983 to 1984, Navratilova played in 23 consecutive singles finals.

Navratilova’s toughest opponent in major singles finals was Graf, who defeated her in four of six meetings – 1987 French, 1988 and 1989 Wimbledon, and 1989, 1991 US Open. Navratilova prevailed at Wimbledon in 1987 and the US Open that same year, her fourth and final title at Flushing Meadows. It wasn’t until her 11th appearance in New York that Navratilova claimed a US Open championship, her victory in 1983 over Evert, 6-1, 6-3, beginning a string of five straight championship match appearances, four of which were victorious. Navratilova successfully defended her title in 1984 over Evert again, 4-6, 6-4, 6-4. A bid for a third straight in 1985 was halted by Hana Mandlikova, 7-6, 1-6, 7-6, but the Czech-American was back in championship form the following two years, winning the 1986 title easily over Sukova (6-3, 6-2) and 1987 over Graf (7-6, 6-1). In head-to-head competition against Graf, the duo was even at 9-9.

Her Fed Cup career boasted near perfect performances, going 20-0 in singles and 20-1 in doubles playing for both Czechoslovakia and the United States.

Martina was distinguished as the WTA's "Tour Player of the Year" seven times and named the Female Athlete of the Year by the Associated Press in 1983 and 1986. In ESPN’s critically acclaimed Sports Century series, Navratilova ranked No. 19 on the list of the top 100 North American athletes of the 20th Century.

Following her retirement from playing, Navratilova became a respected commentator and advocate for the sport. As one of the first openly gay sports figures, she has been a vocal advocate for equal rights and a strong supporter of many charities benefiting the LGBT community.