What is a good "lean, but healthy and sustainable" body-fat percentage to aim for and live at most of the time?

People are constantly commenting about their waistlines on social media, while surveys investigate how much weight we’re gaining in lockdown. Over recent ...

British premium low-alcohol spirits startup, CleanCo, has secured £7 million in funding as investors and consumers reveal an insatiable thirst for ...

Sugar and Calories in Drinks

When many of us start to address our drinking behaviours, it is also part of a broader aim of improving our overall health. For many, weight and diet play a role in ...

What Is Cold-Pressed Juice

In your elementary school days, it was social suicide to show up to lunch without a Capri Sun—or if your parents were on a health kick, a carton of apple juice. Fast ...

What London is Set to Eat in 2021, From New Restaurant Openings to This Year's Food Trends

If restaurants don’t begin to unbolt their doors until the spring and pub landlords remain barred from their pumps until the May Bank holiday, hospitality businesses will – save for the sunlit al fresco evenings of last summer – have been kept from the kitchen for more than a year.

By now, the impact is critical, with UKHospitality chief executive Kate Nicholls warning “only one in five businesses currently have enough cash to get through to March”, even with Rishi Sunak’s recent grants. This follows thousands of job losses across the country and closures totting up; in London alone, so far around 70 big names have publicly confirmed they have shut, including Chinatown’s much-loved Hung’s, Kym’s, The Jellied Eel and old-school celebrity hangout Le Caprice.

Others have gone without saying so and more will follow when the rent moratorium ends on March 31 and landlords come knocking, typically charging three months in advance. The run-up to April is likely to be gut-wrenching. Even optimists, buoyed by the good news of a decent vaccine roll out and a heartening drop in new cases, know it’s not going to be a lucrative 2021: after a £47 billion loss in 2020, hospitality revenue is set to be down another £30 billion this year on 2019 levels.

There’s more to the story than debts, though. During the past 10 months, places have — somehow — navigated constant uncertainty to repeatedly open and close, managed to unravel the mind-numbing logistics behind delivery, magicked up meal kits and turned into takeaways. Hospitality is tougher than old boots. Despite everything, 2021 is going to be a year of good eating, trust me. Here’s what to expect.

Who will feed us? In the centre of town, all the old familiar places are set for a shake up. While the neighbourhoods, boosted by those working from home, have been happily busy – Young’s boss Patrick Dardis notes that “when the pubs did open, the city was doing no more than 20 per cent of normal, but in Putney and areas like that, they were doing 120 per cent” – the empty sites in the middle of the city spell opportunity for some, meaning it will be a year of big-name openings from March onwards.

Gordon Ramsay (gordonramsayrestaurants.com) has said he plans to launch 50 new restaurants across the UK soon, many of which will be burger or pizza focussed. It follows his recent opening of a deluxe, sit-down burger joint in Harrods, which garnered headlines for serving an £80, truffle-filled option. “I’m an optimist. What can we salvage?  Landlords are biting better than ever with their premiums, there are rent-free periods,” he told the Standard. “A shutdown is detrimental but totally flushes the crap out, like any business.”

He’s hardly alone. JKS Restaurants (jksrestaurants.com), which has a hand in 14 restaurants across London, including Trishna and Sabor, sees expansion now as cost effective. “Where people have unfortunately gone under, we can take advantage of fully fitted units coming back that don’t need as much capital investment,” says chief executive Jyotin Sethi. “We’ve signed the lease on a new property which will open as soon as lockdown gets lifted. We've done some deals during lockdown. We have to look, among the doom and gloom, at the light, and the light is that hopefully we’ll get a couple more sites soon.”

With a Brexit deal in place — meaning at least there are some rules to navigate — international investors are arriving too, including Eataly (eataly.co.uk), who open their 43rd Italian food hall (and first UK outpost) by Liverpool Street station this spring; with three restaurants, three bars, a few snacking spots and a dozen shops, it will likely feel boundless. Hit French TV chef Cyril Lignac is bringing Mayfair some chic Parisian cool with Bar des Prés (lebardespres.com), where from March he will serve Franco-East Asian fusion with particularly good-looking patisserie, while NoMad is opening the London version of its famous New York hotel in Covent Garden after lockdown (thenomadhotel.com). The no-expense-spared eponymous main restaurant promises detailed modern American fine dining, while the smaller Side Hustle will serve small Mexican plates to go alongside a cocktail list overseen by the multi-award winning Leo Robitschek. Work has also continued at meme-done-good Salt Bae’s three-year-delayed Nusr-Et steakhouse at the Park Tower Knightsbridge (nusr-et.com.tr), which may eventually open around March. 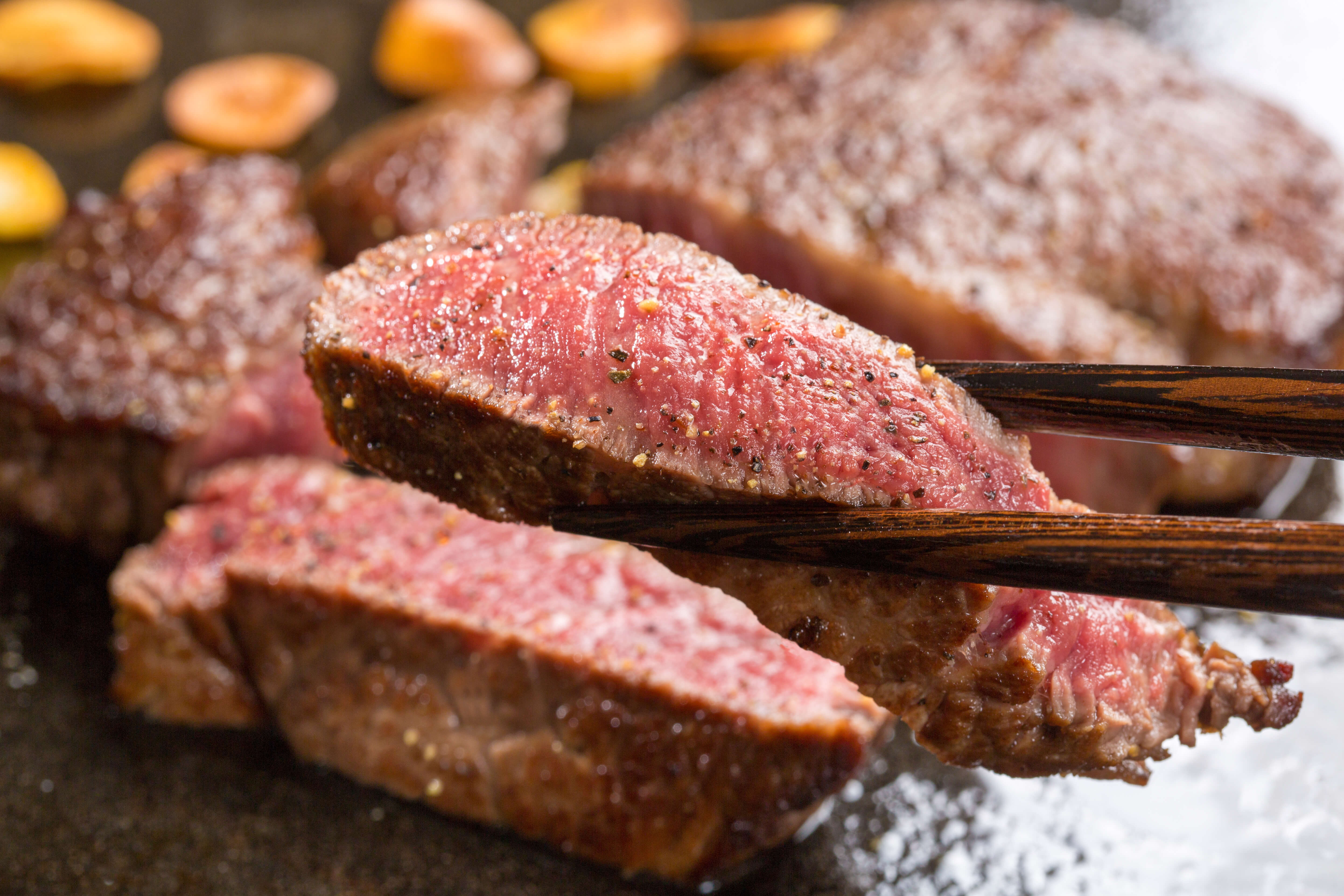 This isn’t the end of independents, though: “While a lot of people will be scared away by the trauma of the last few months, it’s as good a time as any to be opening a restaurant in terms of cost and rental structures,” says Sethi. “To any independents approaching us for advice I’d be saying to them: go for it. There’s a real opportunity now to be able to open in an affordable way in great locations.”

Plenty feel the same. Taiwanese-inspired fried chicken joint Mr Ji (mrji.co.uk) will open on Old Compton Street once lockdown lifts, after many months delay. “The only silver lining is that this has given us more time to refine our offering and make all the improvements necessary before the doors open!” says TĀ TĀ Eatery’s Zijun Meng, who’s helped overhaul the place. Another clucking good W1 project is Humble Chicken (@humblechicken_uk), a casual yakitori bar headed for Frith Street; chef and founder Angelo Sato – who trained with Tom Sellers, Clare Smyth and Adam Byatt – takes a “comb to tail” approach to the bird, serving every part of it. Towards Carnaby, Rita’s Soho (ritasdining.com) has popped up as a bottle shop since the King’s Cross sandwich shop sadly shut, with a full restaurant on the horizon. Nearby in Kingly Court, after four years of pop-ups, restaurateur Imad Alarnab finally goes permanent with Imad’s Syrian Kitchen (imadssyriankitchen.co.uk).

After a bruising 2020, no surprise easy eating is back. Besides Mr Ji, come spring there’ll be more fried chicken at the new Wing Wing in Chinatown, though instead of a Taiwanese take, it’s Korean and comes complete with karaoke (wingwing.co.uk). There’s more KFC at Bando Belly (bandobelly.com), which opens next Friday in Peckham Levels serving “soul food fusion cuisine”, which melds tastes of America, the Caribbean and South East Asia. As co-founder and head chef Naz Ramadan says: “Living in the capital means that fusion is everywhere, from the food, to the music, to the people. We are taking that exact energy and putting it on a plate.” More American junky goodness is given the vegan treatment by Rudy’s (rudysvegan.com), whose second diner opens this month next to its vegan butcher on Upper Street in Islington. Try the mac’n’cheeze or the baycon roll.

Bando and Rudy’s aren’t the only places refusing to let lockdown slow things. Traditional Notting Hill pizzeria Farina, which closed earlier this year, returns with a new restaurant offering delivery and takeaway from January 20, only this time five minutes up the road (farinapizza.co.uk). Former F1 boss Flavio Briatore is also getting a slice of the action with his second Crazy Pizza (crazypizza.co), opening in Knightsbridge as soon as dining-in returns, while in Ealing, top-tier pizzeria Santa Maria is turning its original site into Vergine Maria (@verginemariapizzavegan), offering plant-based takes on traditional recipes. It will open next month.

Still, not everywhere is playing it safe. In Mayfair, Park Row (parkrowlondon.co.uk), a DC Comics-themed inspired immersive experience, is promising a much-need laugh. We’ll see you at the Old Gotham City speakeasy.

Read the full article at: standard